Stilgoe & Stilgoe in aid of the Orpheus Centre

Last week, more than 100 guests gathered for an enthralling evening of entertainment in the company of Sir Richard Stilgoe, his son Joe Stilgoe and students from The Orpheus Centre. Kirker sponsored the event, including a champagne reception, musical performances and supper, and we were delighted to raise more than £15,000 for The Orpheus Centre.

Founded by Sir Richard Stilgoe, the Orpheus Centre is an independent specialist college for young disabled adults with a passion for the performing arts. The Centre works on preparing students for adulthood: to live independently, to find employment, to have an active social life, to contribute to their local community and to lead a healthy lifestyle. When students leave Orpheus they are supported to make a safe and successful transition.

Sir Richard, famous for his role in great musical productions from The Phantom of the Opera and Cats, to Starlight Express, was joined on stage for a rare duet with his son Joe Stilgoe, a renowned jazz musician, in a performance which ranged from impromptu comedy compositions to jazz classics and their own works. They were preceded by a programme of magnificent and moving performances by current and former students of the Orpheus Centre. 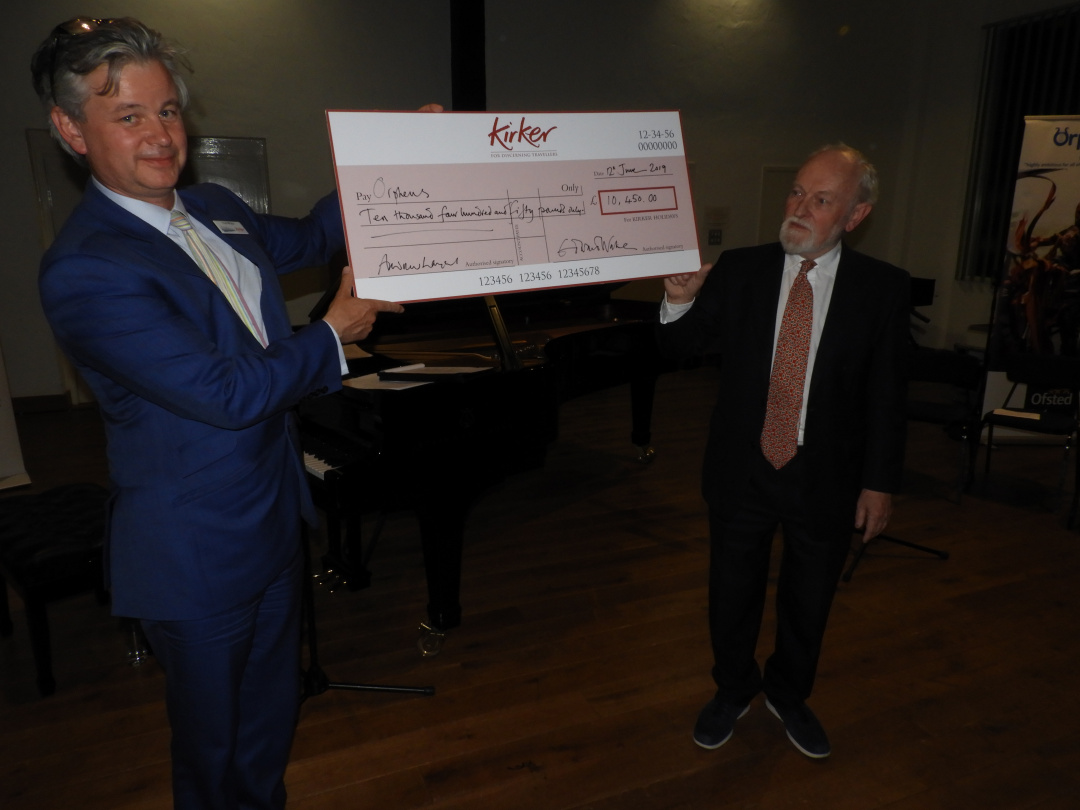