Peter the Great built his Baltic city to drag Russia into the modern age. Today, St.Petersburg remains Russia’s window to the West and you can feel the energy of change as well as the sense of history on the streets. It is a city of stunning vistas and grand buildings. The breathtaking Hermitage, the old Winter Palace, is one of the world’s great art museums and is one of many examples of the wealth and opulence of the Romanov Empire. The Kirker Concierge can arrange excellent private excursions with English speaking guides to the Hermitage and to the three sumptuous palaces built for members of the Imperial Family; Pavlovsk, the Catherine Palace at Pushkin which is a Baroque masterpiece and the Alexander Palace. After such a cultural feast, relax with an iced vodka and caviar before heading off to the Mariinsky for a sublime evening of ballet.

All Kirker excursions are by private car and include an English-speaking guide. Prices are per person and are based on a minimum of two passengers taking the tour.

St. Petersburg Sightseeing Tour
Duration three hours max. Panoramic tours of the city by car – a perfect way to get your bearings: £84 (entrance fees to be paid locally).

The Hermitage Museum
Duration three hours max (closed on Mondays). They say that you need a whole year to see all the exhibits. This tour will take you through the main rooms and halls ofthe Winter Palace, seeing some of the most outstanding masterpieces: walking tour £54.

The Palaces of Pushkin and Pavlovsk
Duration six hours max (not available Tuesdays, Fridays and the first and lastMonday in the month). Catherine’s Palace at Pushkin built in 1752 with its famous Amber room and the palace at Pavlovsk, with its magnificent royal park, both offer unique insights into the life and times of the Romanovs: £185 (May – September) £135 (October –April) including entrance fees.

The Palace of Peterhof
Duration five hours max (closed Mondays and the last Tuesday of the month – fountains closed October to April). A magnificent palace overlooking the Baltic Seawith a sensational terraced garden that leads to the water’s edge: £178 (May – September) £120 (October – April). Supplement to take hydrofoil from St. Petersburg to Peterhof across the Gulf of Finland: £20 per person (Summer only).

Highly Recommended
St. Petersburg, Russia
Lovingly restored by Rocco Forte Hotels, the Astoria has been at the centre of the City’s history since it opened in 1912. Legend has it that Hitler sent out invitations to a celebratory party in the hotel’s Winter Garden in anticipation of his capture of St. Petersburg and needless to say, the party never took place.
More information

St. Petersburg, Russia
This fine hotel has a wonderful location on the banks of the Moika River, opposite the renowned Hermitage Museum and just two minutes' walk from Nevsky Prospect.
More information

St. Petersburg, Russia
Under the same ownership and management as its neighbour the Hotel Astoria; the Angleterre offers comfortable and stylish accommodation in a superb location in the heart of the city.
More information

St. Petersburg, Russia
Located next to St.Isaac’s Cathedral and built by the same architect, Auguste de Montferrand in the 19th century, the historic Lion Palace has been converted into a luxurious hotel by Four Seasons.
More information

St. Petersburg, Russia
This comfortable hotel, which completed a full renovation in 2013, is housed in a building dating from the early 1900s and is located in the historic centre of St. Petersburg, close to the Hermitage and St. Isaac's Cathedral.
More information
Holidays

St. Petersburg, Russia
Peter the Great was a man with a vision. He was determined to show the world that Russia was not a backward nation rooted in tradition but one that was modern and forward thinking, looking to the West, not the East for its inspiration and ideals.
More information

We had the most brilliant time in St Petersburg. The hotel Astoria was excellent, the staff friendly and attentive. Our Kirker guide was lovely and informative - we cannot praise her more highly, a delightful person. 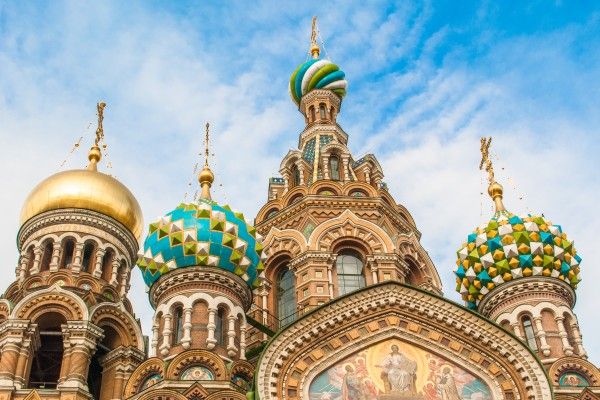 Russia remains un-ticked on many people’s wish-list – mainly due to the perception of cost, complexity and the added inconvenience of obtaining a tourist visa. Kirker Holidays includes the visa in…