The Buxton International Festival was originally founded to present little known operas in the town’s magical opera house, designed by Frank Matcham, the Festival has extended its remit considerably in the past decade or so with one of the most varied and wide ranging programmes of any UK festival. The operas still hold centre stage but throughout the day visitors can enjoy recitals, concerts and a dynamic literary festival, all taking place at different venues throughout the town. Buxton is a lovely spa town in the heart of the glorious Peak District. 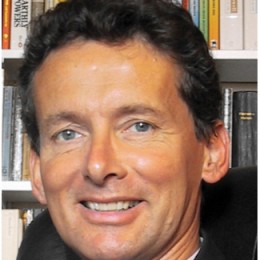 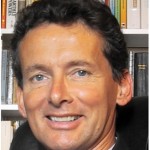 Christopher was a choral scholar at Magdalen College, Oxford where he developed a passion for both performing and teaching.

This led to a life-long interest in history, music and art history. He has led countless tours all over the world covering many subjects and periods. He is equally at home in the ancient world as he is in the major art galleries of Europe. Christoher Monckton is also a professional musician and a distinguished organist. 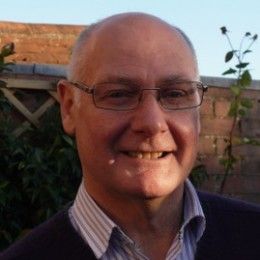 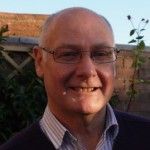 Graeme Coles has worked in the hospitality industry all his life, working in hotels both overseas and in the UK. It was whilst managing a hotel in Lewes, close to the Glyndebourne Opera Festival, that he developed a keen interest in opera and classical music.

He has had a long association with Kirker Holidays escorting many holidays including The Chopin Festivals in Mallorca, Schubertiade Music Festival, Grange Park Opera and the Buxton Opera Festival.

Performances take place in the Opera House and begin at 7.15pm with the exception of Manfield Park which will be performed in St John's Church at 3pm)

La donna del lago by Rossini (12 & 22 July 2022)
Rossini’s grand bel-canto opera was first performed at Teatro San Carlo, Naples on 24 September 1819. The libretto is based on Sir Walter Scott’s novel whose works were very much in vogue at the time. Rossini composed a string of dazzling arias and duets for the five major roles, each one seemingly more demanding and virtuosic than the one before. The opera’s crowning glory is the final aria for Elena, its vocal pyrotechnics sending the delirious audience into a frenzy and leaving them no doubt who is the star in this opera - after all, the role was sung at the first performance by none other than Isabella Colbran, Signora Rossini herself!

Viva la Diva! by Donizetti (14 & 21 July 2022)
The original title of this work is Le convenienze ed inconvenienze in teatrali has, unsurprisingly, been given less cumbersome titles since the first performance at the Teatro Nuovo, Naples on 21 November 1827. It was late revised and given in two acts at the Teatro Cannobiano,Milan on 20 April 1831. Today, it is better known as Viva la Mama but in this performance it’s Viva la Diva, much more appropriate for a performance in one of Europe’s best loved opera festivals!
Donizetti must have enjoyed himself with this work which tells the story of a provincial opera company preparing to stage a show that eventually falls apart – the operatic equivalent of The Play that Went Wrong!! The ‘convenienze’ of the title refer to the rules and protocols of life on the opera stage, notably the prima donna, who refuses to rehearse! The fact that Donna Agata, the mother of the seconda donna is sung by a baritone gives you a clue of what to expect as the singers enjoy sending themselves up…or do they? An evening of high camp and dazzling arias awaits, perfect for a summer’s night at the opera.

Gypsy: A Musical Fable. Music by Jules Styne, lyrics by Stephen Sondheim. (13 & 20 July 2022)
The first performance was given on Broadway in 1959 with Ethel Merman starring in the role of Rose. The first London performance was given at the Piccadilly Theatre on 29 May 1973 with Angela Lansbury as Rose.
Rose is the archetypal stage mother who lives her life vicariously, alienating everyone on her way to achieving her goals. At the end of the musical, Rose is left alone in a deserted theatre, lonely, bitter and angry as she realises she has ruined not only her lie but so many others on her quest to succeed.
Our own Imelda Staunton, soon to be The Queen in The Crown, scored a huge personal success as Rose in the London production of 2015, something surely an achievement guaranteed never to be equalled!

Mansfield Park by Jonathan Dove (14 & 21 July 2022 )
Jonathan Dove’s chamber opera, Mansfield Park, has delighted audiences since the first performance which took place at Boughton House in Northamptonshire on30 July 2011.
The opera was commissioned by Heritage Opera which took operas to the great houses of England.
Jane Austen’s novel 1814 tells the story of Fanny Price, born and raised in the back streets of Portsmouth and sent at the age of 9 to stay with her relations, the Bertram family, in their country house, Mansfield Park.
Librettists could easily have been overwhelmed by the task of setting a novel by one of the country’s favourite authors but Alasdair Middleton which succeeds and captures the mood and verve of the novel. The opera’s wit, vitality and charm sparkle on to the stage and into the music as the opera follows Fanny’s journey through life.

All personnel I spoke to were efficient and inspired confidence that I was making a good decision to book. The Tour Leader was splendid, with just the right amount of kindly attention and help. 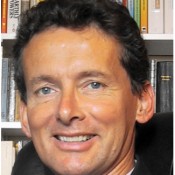 Christopher was a choral scholar at Magdalen College, Oxford where he developed a passion for both performing and teaching.

This led to a life-long interest in history, music and art history. He has led countless tours all over the world covering many subjects and periods. He is equally at home in the ancient world as he is in the major art galleries of Europe. Christoher Monckton is also a professional musician and a distinguished organist.

All personnel I spoke to were efficient and inspired confidence that I was making a good decision to book. The Tour Leader was splendid, with just the right amount of kindly attention and help.