Strangely enough, Madrid – although being the capital of Spain- is not always the first place people think of when planning a short break to the country. It is however, one of the cultural highlights of Europe with the Prado, Reina Sofia and Thyssen museums housing some of the finest art collections on the continent.

I had a whistle-stop tour around Madrid and some of the cities of Castille on a warm August weekend. Summers in Madrid can be fairly hot, which brings two hiiden benefits: the locals evacuate for their summer haunts in the countryside or coast, leaving the city more manageable, and maybe more importantly, there is a genuine excuse for a pit stop to enjoy a “refresco” and watch the world go by.  Madrid is measured geographically by distances from the Puerta del Sol, and all the Kirker hotels are a maximum of a 10 minute walk away. I stayed at the Tryp Ambassador, a very comfortable hotel perfectly located for the opera house, the royal palace, and my personal favourite Mercado San Miguel – an indoor food market with extensive displays of tapas and wine to sample.  At the other end of town lies another Kirker favourite, the Ritz. One of only 3 original Ritz hotels in the world, the Ritz Madrid is rightly proud of its heritage and has for years become the “residence of choice” for the great and the good travelling to Madrid. The 5 minute walk from the Ritz to the main museum triangle doesn’t do them any harm either…(in the interests of fairness a location also shared by the Palace and Villa Real).

Leaving Madrid and heading south west for an hour brings us to Toledo. Toledo was the capital of Spain, until the king decided a more geographically centre capital was required and moved to Madrid. It remains one of the more beautiful of the Castillian cities. The views from the Parador, set on the hill overlooking the city, are some of the finest in the area, as the Rio Tajo winds around half of the city. Within the city walls lies the tranquillity of the Eugenia de Montijo. Set in a small residential square, this hotel was originally the palace for the Princess Eugenia de Montijo, and retains an air of calm elegance away from the narrow streets of the old town. The hotel also has the benefit of being a 5 minute walk from the El Greco museum; this alone makes Toledo worthy of a visit.

Heading north, we travelled then to Avila. A 2 hour drive through the countryside while the walls of Avila slowly grow on the horizon. Avila is circled by 90 fortified stone towers, punctuating one of the finest examples of an urban fortification in the world. The Palacio de Los Velada, a 16th century palace, is situated within the city walls, and is perfect for exploring the city after the day-trippers from Madrid have left.  A perfect place for a final café con leche on the Plaza Major, before heading back to the airport. 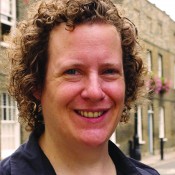 A Fine Art graduate, Kathryn has previously worked as a tour leader in Latin America for 3 years, and lived and worked in Northern Portugal and the Amalfi Coast.

Kathryn has gained first-hand experience of many Kirker destinations, including Italy, Spain and Switzerland and is a specialist in our Cultural Tours and Music Holidays programme. She is also a Kirker Cuba expert and can share her tips for creating the perfect holiday to this fascinating country.