India’s Golden Triangle and the Palaces of Rajasthan

Having previously visited the south of India I decided it was time to take on the north on my latest trip, focussing on the ‘Golden Triangle’, encompassing the beautiful Amber Palace and pink centre of Jaipur and one of the world’s most famous monuments, the Taj Mahal in Agra, as well as often overlooked Delhi.

Before my visit to the capital I anticipated a busy melee, but, perhaps because I arrived at the weekend and slept well on my overnight flight, or maybe because I was so warmly greeted by a Kirker representative and driven in great comfort to my hotel, my first impressions were of a modern city perfectly at ease with its ancient and colonial past. Later the same day I rode a tuk tuk to negotiate the narrow alleys of Old Delhi, alive with spices, tea and jalabis and walked the wide open boulevard of King’s Way (now known as Rajpath) from India Gate to the gates of the old Viceroy’s Palace, now that of India’s President. Not far from the India Gate is the peaceful mausoleum of Humayun, a sanctuary from the crowds and architecturally an inspiration for the Taj Mahal. With many comfortable, traditional hotels and acting as a transport hub for the whole country, Delhi is certainly worth some time to explore.

From Delhi to Agra we took the modern motorway, past Delhi’s satellite towns and the racetrack once used by the race cars of Formula 1 – given the low speed limits and varying quality of Indian roads, racing cars seemed a way of travelling we could only dream of! I was very fortunate to stay in Agra’s finest hotel, the Oberoi Amarvilas. As well as the service, comfort and exquisite cuisine one expects from Oberoi, the real charm is the uninterrupted view of the Taj Mahal from all guest rooms, the first sighting for most guests. Waking early to see the masterpiece up close as the sun rose was never in doubt; the deep amber light reflected in the white marble is something I will not forget. The added bonus, particularly valuable in the summer months, was avoiding the searing afternoon heat, allowing more time to relax on the lawns in the shade of ancient banyan trees. After returning to the hotel for a late breakfast I enjoyed views of the Taj from all sides by visiting Agra fort and the gardens of Mehtab Bagh. Agra certainly offers more than the Taj and is definitely worth staying at least 2 nights.

Jaipur’s neatly ordered boulevards of shops and houses had been painted pink for the visit of the Prince of Wales, and though free of the bustle of Old Delhi, they still throng with life. The city palace is a sprawling complex; the highlight for me was the fascinating Jantar Mantar observatory with its many ‘calculating instruments’ like increasingly huge sundials, used to compile traditional astrological charts. The ancient capitals of Amber and Fatehpur Sikri are forts par excellence and make for very worthwhile excursions from Jaipur.

Heading on towards the desert town of Jodhpur we took a detour to the pilgrimage site of Pushkar where we walked the winding lanes to witness the moving Arti ceremony on the ghats of the sacred lake. Famous for its camel festival every November, Pushkar is a nice option for those wanting to witness spiritual India without travelling as far as Varanasi. Looking out from the top of the Mehrangarh Fort over Jodhpur and the Thar Desert around, it is easy to see why the city is also known as the ‘Blue City’ with the majority of the walls and roofs of the old town dyed by the local indigo. The 15th century fort with its steep stairways and narrow passages forms the perfect contrast to one of India’s finest 20th century palaces, Umaid Bhawan, now mostly used as a hotel with opulent rooms and expansive, manicured lawns. The desert around Jodhpur is home to several historic country estates converted into hotels by the local families, growing their own ingredients to make meals as delicious as those in the rest of the state. The village-based Rawla Narlai and the newly opened Mihir Bagh are among the best – please speak to a Kirker expert for more details.

To reach Udaipur we crossed the Aravalli hills which attract a wide array of birdlife as well as the elusive leopard. A stop is essential at the imposing fort of Chitorgarh or, our preferred option, the Jain temple complex at Ranakpur, built with stunning detail and still visited by Jains from around the world.

Arriving in Udaipur I had the impression of being in a Venice of India, but before the arrival of the cruise ships. Palaces, townhouses, shops and restaurants sit alongside and, in the case of the Lake Palace, now a magnificent Taj hotel, in the water. The fact that Udaipur is built on several man-made lakes rather than on the sea does not detract from the calming feeling. The ornate mosaics of the City Palace and unmatched crystal collection of the adjacent Fateh Prakash Palace would be our final ‘Maharaja’ experience. Udaipur is the perfect place to wind down at the end of a busy week of sightseeing and really highlights the variety of landscapes and environments in the princely state of Rajasthan. 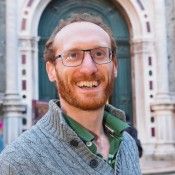