With its 1,700 miles of coastline, Brittany is one of France’s most regularly visited regions and most popular seaside holiday destinations. It is a region rich in history, cultural identity and Celtic tradition that dates as far back as the Neolithic Era and the Dark Ages. It enjoys good ferry and air links with the UK and is the perfect self-drive touring destination. Fine hotels, all offering exquisite gastronomy, from the freshest seafood to the traditional crèpe washed down with Breton cider, in an unspoilt region where breathtaking scenery abounds.

Since the mid 1800’s, Dinard has been the place to be seen for international high society. It was France’s top seaside resort and played host to the aristocracy and nobility of the time. It is the ideal spot from which to visit Mont St. Michel and the awe-inspiring Emerald Coast.

Brittany’s south coast has an altogether softer and milder coastline than its northern counterpart. Highlights include the beautiful Gulf of Morbihan, the walled town of Vannes, harbours of Pont Aven and Concarneau, the Megalithic Menhirs at Carnac and the seaside resort of La Baule.

Brittany’s northern coast is rugged, wild and dramatic and the most beautiful stretch is the Côte de Granit Rose with its charming fishing ports such as Paimpol, Treguier and Lezardrieux, islet-studded creeks and winding coastal paths.

Britanny Ferries offer the following routes to Brittany and Normandy:

Brittany, France
Now 150 years old, this elegant property is located in the heart of this charming seaside town overlooking St. Malo and the sandy beach below.
More information

Brittany, France
The L’Agapa is blessed with an outstanding location right in the heart of the Côte de Granit Rose and opposite the ‘Sept Iles’ archipelago. Whether looking out to sea across the sandy beach or towards the nature reserve; guests enjoy beautiful scenery.
More information
Holidays

Brittany, France
The rugged Brittany peninsula feels far removed not only from its neighbour Normandy, but also from the rest of France, with a distinct and proud Celtic culture.
More information

Featured tours and breaks in Brittany 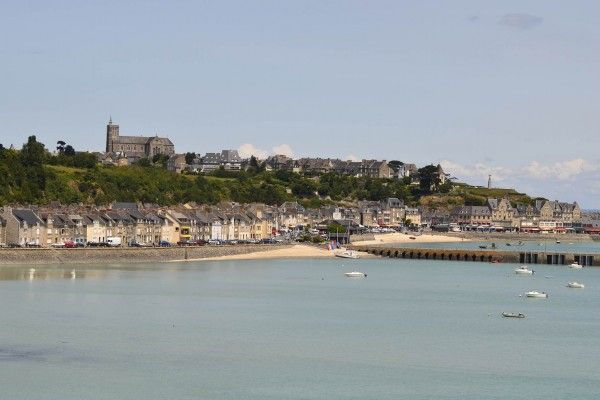 Having lived in Brittany for year as part of my languages degree course, I was delighted to be asked to help source new destinations and hotels for our expanded France product and subsequently the new…