Monaco has blue chip cachet amongst the very smartest destinations. Something about the chemistry of a near-absolute monarchy controlling a well-regulated tax haven which conveniently shares the same natural assets as the rest of the French Riviera, simply says it all for the rich and famous. Fortunes may be made and lost, but Monaco retains its quiet dignity as home to more millionaires per square mile than anywhere on Earth. The principality is home to one of the world’s most beautiful and civilised casinos.

A Kirker Short Break to Monaco represents excellent value for money, particularly in the winter when you can enjoy the famously mild climate – the Riviera has 300 days of sunshine a year. Our holidays to Monaco include complimentary entrance to a wide range of museums and attractions.

The Passport to Monaco

In conjunction with our friends at the Monaco Government Tourism Authority, we are delighted to be able to include the ‘Passport to Monte Carlo’ for all Kirker clients.

The passport entitles Kirker clients to complimentary entrance to a wide range of museums and attractions including:

The passport entitles Kirker clients to complimentary helicopter transfer on arrival, a saving of £130 per person. On arrival at Nice airport a shuttle bus will take you on the short journey to the heliport where you will board your helicopter for the flight to Monte Carlo. If you would prefer to be transferred by private car, supplements are available on request. In the unlikely event that the helicopter is unable to operate due to poor weather or for operational reasons, alternative transportation will be provided. Unfortunately, it will not be possible to offer any refund. In order to receive the complimentary helicopter transfer guests must stay for a minimum of two nights if travelling from November to March and three nights if travelling from April to October.

Monaco,
One of the principality’s most famous hotels, the Metropole dates from 1886 and reopened in 2004 after a complete renovation. The decoration is stylish and classical and the service is excellent. The glass roofed lobby leads to the intimate ‘Metropole’ bar and the excellent gastronomic ‘Joel Robuchon’ restaurant (two michelin stars) with its large summer terrace that overlooks Casino Gardens.
More information

Monaco,
The Hermitage is located only a minute’s walk from the Place du Casino. A stylish, classical hotel with wonderful public rooms including a beautiful Baroque style banqueting hall.
More information

Monaco,
Located at the principality’s eastern fringes on the Larvotto peninsular, the Monte Carlo Bay has uninterrupted sea views overlooking Roquebrune-Cap-Martin and is a 30 minute walk from Casino Square.
More information

Monaco,
Just across the border in the French village of Roquebrune-Cap-Martin, the Monte Carlo Beach stands on a rocky promontory amidst umbrella pines, above a private beach.
More information

Monaco,
The distinctive honeycomb architecture of this property has formed an integral part of the principality’s skyline for decades. It has been extensively renovated in a contemporary, Mediterranean style.
More information

Monaco,
This stylish design hotel and has been completely renovated and is located in the quiet harbour district of Fontvielle, a five minute ride from Casino Square using the complimentary shuttle service.
More information

Monaco,
A world renowned hotel in a great location overlooking the Place du Casino and a short walk from the harbour, the De Paris has a grand entrance and lobby, a number of beautiful salons and an air of quality and opulence.
More information

Monaco,
Ideally located a few steps from the Place du Casino, the Port Palace is perfect for those looking for a boutique hotel experience and contemporary luxury.
More information

Needless to say you have made our holiday perfect in every way possible. When we arrived in our room a bottle of wine was delivered with a personal note from Kirker. You will be highly recommended to everyone who cares to listen to us talk about our absolutely brilliant time in Monaco, and it's all thanks to you and your wonderful caring company with the personal touch. 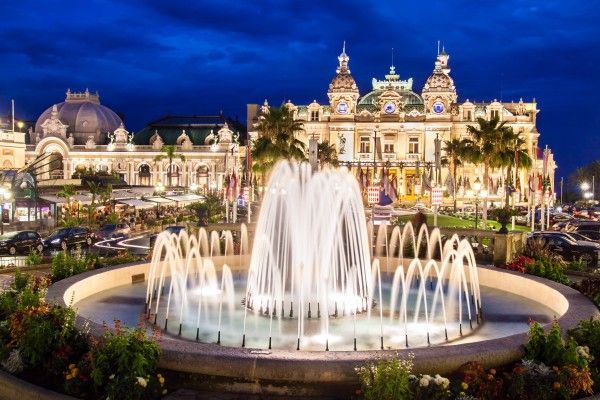 A Weekend in Monaco

The Cote d’Azur is possibly one of my favourite places on earth and even more spectacular when viewed from a helicopter. My weekend in Monaco started in true ‘James Bond’ style with a 7-minute…