Galicia, Cantabria, Asturias and The Basque Country follow the Atlantic coast, from the Portuguese border to the Pyrenees to form ‘Green Spain’. Magnificent Romanesque architecture; quiet sandy beaches; lush, green landscapes; fabulous seafood; dairy produce and delicious Rioja wine all make for an intensely rewarding holiday. Our team of experts would be delighted to prepare a tailor-made itinerary to any number of the destinations we feature using trains, hire cars or private transfers between locations; see below for one example.

Galicia is a rural and verdant region in the northwest corner of Spain that remains remarkably unspoilt. Explore its seafaring traditions in port towns such as La Coruña and the stunning Baroque architecture in Galicia’s capital, Santiago de Compostela.

This beautiful city is one of the most important pilgrimage sights in the world. There are eight monasteries and numerous churches to explore including the magnificent cathedral with its stunning façade and opulent interior.

The historic port city of La Coruña is the gateway to Galicia. It is located forty miles north of Santiago and sits on a rocky islet and is a city of contrasts; it has grand squares, palatial buildings and a mediaeval old town that features the Tower of Hercules, the world’s only working Roman lighthouse, as well as some futuristic architecture. A new promenade runs the length of the city’s sea-facing perimeter with large sections served by the city’s excellent tram network.

A diverse region featuring great beaches and rocky coves along the Costa Vasca, the green foothills of the Pyrenees in Navarra and the rolling countryside of La Rioja where picturesque villages cluster around monasteries and churches.

This is the most important vine growing area of Spain and home to two spectacular hotels, the Marques de Riscal and the Viura. The drive from Bilbao takes an hour and 20 minutes.

Capital of the Basque region and often eclipsed by its more famous coastal neighbours, this beautiful mediaeval city is renowned for it’s green spaces as well as it’s unique cuisine. The city was founded in the 12th century and has a beautifully preserved old quarter with concentric rings of narrow streets surrounding the Plaza de la Virgen Blanca. Vitoria-Gasteiz is 40 miles south of Bilbao, 60 miles to the west of Pamplona and close to the Rioja vineyards.

One of the greenest cities in Europe, Pamplona has ancient city walls, stylish squares and numerous parks, bridges and churches. The city is most famous for its San Fermines fiestas that take place in July and feature the morning bull runs. The drive from Bilbao should take less than two hours.

This wonderful coastline has unspoilt sandy coves and numerous port towns. Santander is the capital and is one of the most attractive of all Spanish cities. The best way to see the scenery of Cantabria and neighbouring Asturias is on board the Transcantábrico train.

There is much to explore in this wonderful city including the old quarter, the promenade and the cathedral as well as the splendid seaside suburb of El Sardinero with its beach, gardens and elegant cafés.

Green Spain, Spain
A modern hotel located in a central position in front of the old quarter and facing the port, a short walk from the Maria Pita Square. The nearest beach is just 700 meters away.
More information

Green Spain, Spain
The Eguren Ugarte has a splendid location in the foothills of the Sierra Cantabria mountain range and overlooks 130 hectares of vineyards. This family-run winery has passed through six generations since its beginnings in 1870 and is one of the most well-respected in La Rioja.
More information

Green Spain, Spain
Located in the centre of town, a short walk from the Plaza del Castillo and the bullring, this was the former summer palace of the old Count of Guendulain and dates back to the 18th century.
More information

San Sebastian, Spain
The best way to experience the outstanding natural beauty of Green Spain is on board El Transcantábrico. The concept is ‘railway cruising’ with set itineraries that include travel by train between destinations and a series of guided excursions en route.
More information

Bilbao, Spain
Discover ‘Green Spain’ with this tailor-made tour of the north, traversing the Basque Country and La Rioja. Begin in Bilbao, where Frank Gehry’s iconic building for the Guggenheim Collection has helped to transform a former industrial city into a vibrant centre of arts, music and gastronomy.
More information 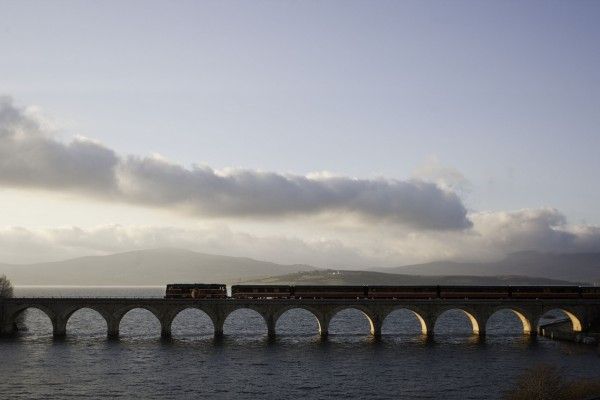 As somewhat of a train enthusiast, I was thrilled when I was given the opportunity to experience ‘La Robla’, a train cruise in Cantabria, Northern Spain. We were to combine this short…