Hailed by millions around the world as the Holy Land, modern Israel is a unique and fascinating mix of the very old and the very new; a nation almost 70 years old with over 3,000 years of history. Jerusalem has historically been a focal point for the region and remains the key city in modern Israel and centre of the three major monotheistic religions – Judaism, Christianity and Islam have all made this extraordinary multi-layered city their own.

Neighbouring Bethlehem, the birthplace of Jesus, is home to the Church of the Nativity, rebuilt several times over the ancient mosaics and the manger, now deep in the crypt.

The cosmopolitan beaches ,boulevards and bars of Tel Aviv sit alongside the winding cobbled alleys of Jaffa, which shares its maritime history with the ancient ports of Akko and Haifa. We would be happy to recommend tailor-made itineraries to include destinations further afield. Tiberias and the Sea of Galilee are a great base to explore monuments and archaeological sites as well as taking boat trips to Capernaum. The sweeping Negev desert ends with the sun loungers and snorkels of Eilat while Mount Masada towers majestically over the lowest point in the world, the Dead Sea. 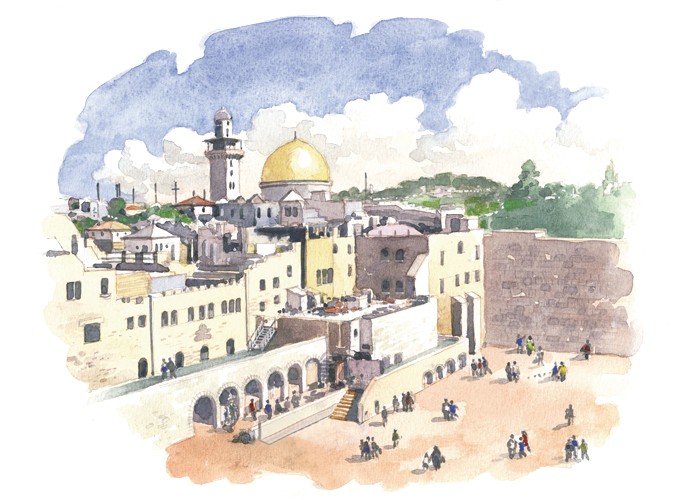 All Holidays and Hotel Breaks in Israel (7)

Featured tours and breaks in Israel