The Kirker Music Festival at The Star, Alfriston

To celebrate our first Kirker Music Festival based at The Star, we have brought together four distinguished alumni from the early years of the Yehudi Menuhin School.

Each of them went on to forge an international career at the highest level and all four continue to give concerts. Elisabeth Perry is the Concertmaster of The Netherlands Radio Chamber Philharmonic, Niall Brown is the Co–Principal Cellist of the Orchester Philharmonique du Luxembourg, Simon Rowland-Jones combines several different strands in his professional life including teaching at The Royal College of Music, directing the North Norfolk Music Festival and giving concerts, and Melvyn Tan’s international career continues with solo recitals and guest appearances with leading orchestras, most recently with the Gewandhaus in Leipzig.

There will talks with the musicians about their careers, what it meant to be at the school and the influence of the great violinist had on them as young musicians.

Concerts are given in The Old Chapel a few steps across from the hotel. Much careful restoration work has been done in recent years and the chapel is now an attractive and welcoming venue. The wooden interior and floor ensure that the chapel has a fine acoustic for chamber music.

Olga and Alex Polizzi unveiled their latest venture to enormous critical acclaim in the summer of 2021. Dating back to 1345, this was a historic hostelry on the route between Battle Abbey and Chichester, and its 15th Century façade remains unchanged, as does the extravagantly beamed bar. Behind this, a charming, leafy courtyard now leads to 30 comfortable and stylish bedrooms, each combining new and antique furniture alongside works by local artists. The hotel has an elegant restaurant and cosy lounges. There is no lift at The Star but staff are there to help you with your luggage. There is a gated private car park right behind the hotel. The Star is located on Alfriston’s famously picturesque high street with its selection of galleries and shops, notably the wonderful Much Ado bookshop, one of the finest in the country. 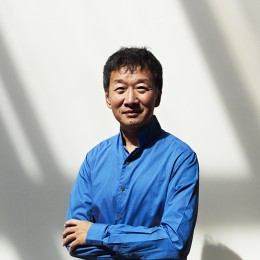 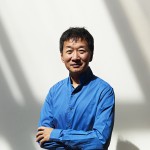 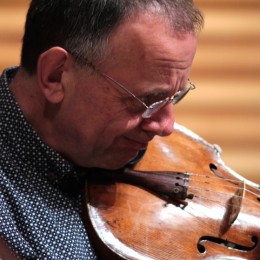 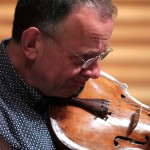 "Performer, editor, composer and teacher, Simon Rowland-Jones has always led a very busy, all-embracing musical life. He was founder violist of the Chilingirian Quartet, in which he played for a total of ten years, and subsequently performed with many other leading chamber groups.

His solo CDs, on the Meridian and Etcetera labels, include the first-ever complete version of the Bach Cello Suites on viola. Peters Edition published his viola transcription of the suites shortly after the recording was made and he then went on to make a new critical/performing edition of the Haydn String Quartets. His many works include pieces for viola, four string quartets, a string trio, a piano quartet, songs and ‘A Turn Outside’, a musical adaptation of a play by Stevie Smith commissioned by Dame Josephine Barstow. He teaches viola and chamber music at the Royal College of Music and is co-director of the North Norfolk Music Festival." 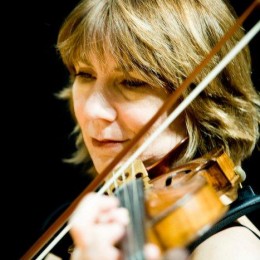 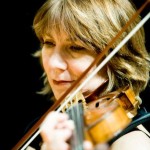 Elisabeth Perry studied with the first class of pupils at the Yehudi Menuhin School. At the age of fourteen, Perry shared center stage with Lord Menuhin in a memorable Royal Albert Hall concert and subsequently recorded the Bach Double Violin Concerto for Teldec. Perry has been a welcome guest soloist with Britain’s leading orchestras including the London Symphony, the Royal Philharmonic and the Philharmonia Orchestra. 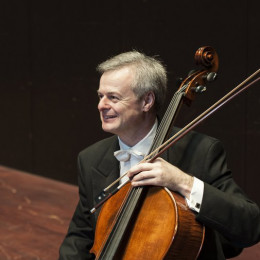 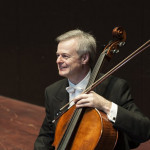 Niall Brown was born in Aberdeen and began his cello studies at the age of 6. Yehudi Menuhin invited him to join his new school in Surrey where he now teaches. He also teaches at the Conservatoire du Norf in Luxembourg where he now lives. He has performed as leader and as soloist with many orchestras as well playing with distinguished chamber musicians throughout his career. He was a member of the acclaimed Australian String Quartet with whom he toured for many years. 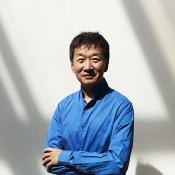