The Cities of Castille

DAY 1 - On a gloomy Friday evening in London, we head off to Heathrow with a feeling of excitement and a bag full of warm clothes for our expedition to the Arctic Circle. It started in a civilised fashion, with a glass of wine and a snack at Terminal Five, whilst we discussed our destinations and expectations – what will the Icehotel be like? Will we see the Northern Lights? How cold will it really be…?
Soon we were in the air, and after landing in Stockholm, we spent the night at the incredibly convenient Radisson Sky City at Arlanda airport. The hotel is built into the terminal itself so it is a short walk to our beds for the night, and no distance at all to the gate next morning for the next leg of our journey.

DAY 2 - The flight to Kiruna with SAS took about one and a half hours, passing over a rapidly changing landscape; from the fields of southern Sweden to the snow-covered forests of the north. The shuttle bus took us through beautiful silent pine forests, to the small village of Jukkasjarvi, which is home, between December and April, to the sparkling Icehotel. We spent the day exploring the resort, which consists of a few permanent buildings containing a reception and bar, a buffet restaurant and a number of the so-called ‘warm’ rooms, which we were to stay in for the night. The rooms are comfortable if not luxurious, and reminded me of alpine chalets with a clean and simple Scandinavian design – many have small kitchenettes and a living area. We then prised open the huge reindeer-skin-clad doors to the Icehotel proper and entered its crystalline atrium complete with icy chandeliers. Corridors of snow lead off in all directions, lined with different types of rooms – some simple and igloo-like, some with ice furniture, elaborate sculptures of penguins, ice stalactites or sea monsters! Every year these rooms are constructed afresh from the clear fresh water of the frozen river and international artists are invited to design the Art Suites with whatever theme they can imagine. The whole atmosphere is surreal but fascinating, and a truly memorable travel experience. Even if you choose not to stay the night in the cold accommodation, there is a lot to keep you busy, from snowmobile excursions on the frozen river, to dog-sled trips to a wilderness camp or horse-riding through the thick forests.
In the evening we chose to stroll into the village itself, a sleepy rural community, and enjoyed a meal of smoked salmon and  local reindeer meat. When we were back in the grounds of the Icehotel, we saw some strange-looking clouds floating over; and as soon as we moved away from the lights of the hotel we could more clearly see the twisting green trails: our first glimpse of the Aurora Borealis!

DAY 3 - This morning we returned to Kiruna to catch the train towards the Norwegian border. We got off the train briefly in the Abisko National Park about one hour from Kiruna, which is a spectacular wilderness and the location of the Aurora Sky Station: one of the world’s best places to see and learn about the Northern Lights.
After lunch at the Mountain Station and a look around the local museum, the snow really started to fall. By the time our train arrived it was almost a blizzard and the powdery drifts were several feet deep all around. From the comfort of a warm carriage we watched the flakes swirl outside as our train climbed up and up, and across the Norwegian border. From this point on the scenery became more typically Norwegian, with deep fjords dropping away to one side of the track, and pretty red wooden houses clinging to the hillside.
As dusk set in, we pulled into the port town of Narvik, where we visited the newly built Rica hotel on the harbour, before catching our bus further north to the Arctic city of Tromsø.

DAY 4 - After a morning sauna and hearty breakfast in the Radisson Blu hotel in the centre of the city, we began the next day by visiting an activity centre outside Tromsø, which arranges dog-sled trips. The highlight of the whole trip was being able to meet the huskies, including some of the puppies that were only a few weeks old, and then coasting over the pristine snow-covered fields on a sled hauled by a dozen dogs. It’s is a unique experience to feel the sled gliding over the snow with only the sound being that of panting dogs and crunching snow.
The afternoon was spent exploring Tromsø and visiting the city’s other hotels. We saw how Tromsø has long been a gateway to the Arctic region, from the days of explorers such as Roald Amundsen, who is the hero of the Polar Museum’s interesting exhibits, to today’s intrepid travellers, arriving aboard one of the iconic Hurtigruten ships.
In the evening we enjoyed a delicious seafood meal overlooking the harbour, before catching a 30 minute domestic flight to the far northern town of Alta. On arrival in this small frontier settlement, we checked into the second Rica Hotel of our trip and wandered into the centre where camera crews and families were gathering to greet the finishers of a 1000 mile dog-sled race; a high profile event in this part of the world!

DAY 5 - Our last day in Norway was spent exploring Alta (which doesn’t take long) and visiting an igloo hotel outside the town. This is a different take on the idea of an ice hotel and much smaller than its Swedish counterpart, with only ‘cold’ rooms. Today the sun came out and the area around the igloo hotel with its frozen river and forests looked magical. A short drive away is the spectacular Alta fjord and the famous ancient rock carvings, but unfortunately we had to leave these for our next visit as we had a flight to catch.
From Alta it was a two-hour domestic flight directly south to Oslo where we again availed ourselves of a comfortable Radisson airport hotel, this time with a runway view, before our flight back to London in the morning.

The Cities of Castille 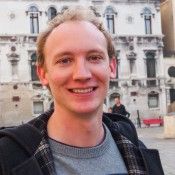 An enthusiastic traveller with a keen interest in European history and culture, Patrick has explored a large part of the continent, including some fascinating parts of Northern Europe.

He can personally recommend Iceland - a unique and unforgettable experience - and has a passion for Russia having spent his first two years in Soviet Moscow. Patrick studied History at Warwick University and has a special interest in some of Kirker’s most historically rich destinations from Istanbul to St Petersburg and Florence to Madrid. Since joining the company he has become Kirker’s marketing specialist and is committed to finding the best offers, most inspiring events and exciting new destinations to whet the appetites of discerning clients.